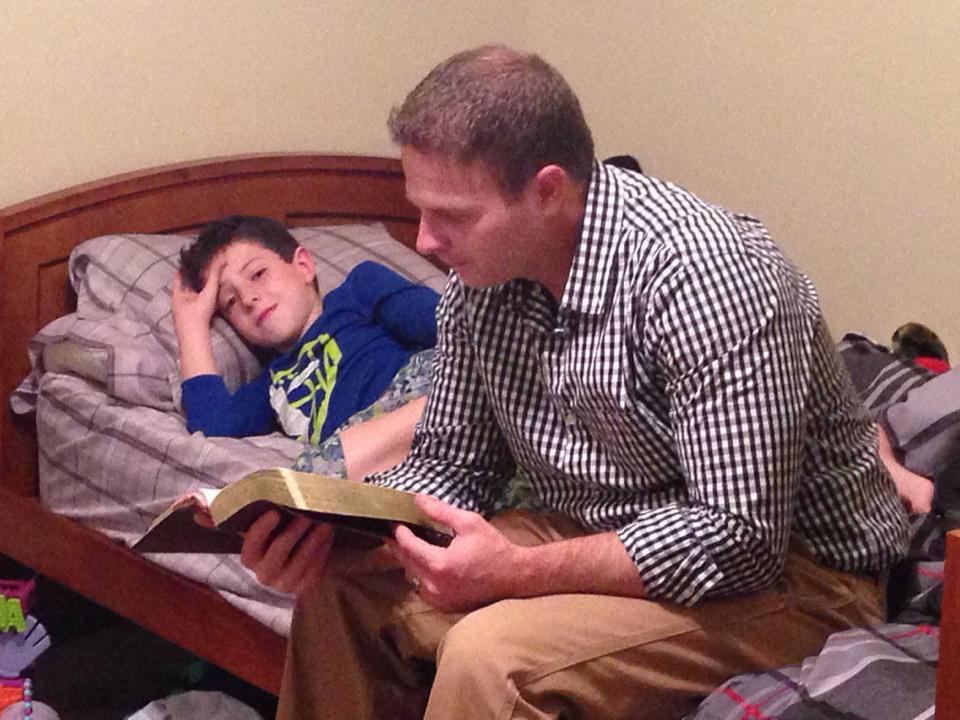 As I was putting my son to bed recently, he looked up at me from under the covers and asked, “When can we spend more time together, just you and me?” Although I quickly realized that he was trying to manipulate me into letting him get out of bed so we could go play video games together, the question still rang loudly in my ears.

I have three kids. My son is 9, and my identical twin girls are 7. I work full-time in a ministry position that requires some travel that at times can be pretty dense and I have a book out with a major publisher. I’m learning to navigate the waters of job, travel, family, and book promotion as best as I can, but at times I’m certain I don’t find the right balance. Especially during these summer months when my kids are home all day every day and they realize that I’m not.

So, how do I make sure my wife and kids get the time they need and deserve?

My Dad was a pretty busy guy. He was a pastor, so he was always on call. He was a good shepherd of his congregation, and when someone needed something, he was there to help. And although I recall him being gone quite often from our home, I never felt left out or abandoned in any way whatsoever. So I’ve considered how he managed to balance his time.

I was involved in a lot of sports, and Dad attended everything he possibly could. He missed one every now and then, but he would be sure to find out all the details of what happened when it was over. And he rooted me on. He even coached many of the teams I played on over the years.

He invested time in helping me be better.

I remember Dad often dragging my brothers and me out of bed on Saturday mornings to haul us over to the ball field and hit a few grounders our way. Some days I would moan and groan about it, but looking back, it meant a lot for him to take the time to do that. It was only a few hours on a Saturday for him, but I still carry the memory.

We attended church EVERY SINGLE TIME we had the chance (but we didn’t have much choice considering Dad was the pastor and all). But I can recall a few times when Dad let me skip church for a game or even a night out with friends. This may not sound like much now, but there was a different mindset when it came to church attendance back then. This simple act done only a handful of times over my younger years let me know that the church (ie, Dad’s employer) was not more important than me.

When he did wrong, he apologized (once).

There’s no doubt Dad made his fair share of mistakes, but the one that stands out the most isn’t because of the mistake, but because of the apology. We were an avid hunting family, and one year I received a permit to turkey hunt and Dad did not. He took me hunting and I got a turkey, but in his eagerness and desire to hunt, he also got a turkey. Thus, we ended up with two turkeys and only one was legal.

Later that afternoon he called me out on the porch and apologized for his actions, informing me that he had acted improperly in his excitement. I would have never thought twice of the incident, but that apology taught me a HUGE lesson. When we make mistakes (and we all will) be sure to right the wrongs. It also made me feel pretty important—DAD apologized to ME.

These are just a few things I’m trying to do with my kids. I fail regularly, but hopefully I can let them know over these few years that I have with them that they are truly important to me, and I value every second I have with them.

What are you doing to make sure your kids understand the same?

5 Replies to “Daddy, Can We Spend More Time Together? How to be a connected parent in a disconnected world”