I saw Noah, or at least, I saw a movie about a guy named Noah, who had a big boat and floated along during a flood. Outside of that, I’m not sure what I saw.

If you watch Noah hoping for a sound, biblical lesson on the story of God’s worldwide flood and supplemental replanting of humanity, you will hate it. But, if you go knowing that this is HOLLYWOOD’S TAKE on a Bible story, you might not mind it so much. I jotted down a few thoughts during the movie. Here’s what a walked away with, all in question form, because they made me scratch my head…

1) Noah was a vegetarian?

Meh, I like meat, so I wasn’t too fond of this hit right off the bat. And I don’t recall this in the Biblical account. but it let me know right away that they wouldn’t be sticking to the Genesis account. But we can roll with the punches. I know they’ll be throwing a lot of strange ideas into the mix.

Everyone has bemoaned the Rock people, but I didn’t mind them so much. They seem to be the writer’s interpretation of the Nephilim, and you can just about make up anything you want when it comes to the Nephilim. I’ve always assumed the Nephilim to be more fraggle-esque than rock-monsterish, but that’s just me. The Rock People made me think of Luke 19:40 when Jesus said, “’I tell you, if they keep quiet, the stones will cry out.’” I figured portraying the Nephilim as Rock People was implying that people refused to worship the One True God, even if they did look a bit ridiculous.

3) God’s the bad guy and fallen angels are the good guys?

In the storyline, the rock people were spirits trapped on earth because they came to help humans against God’s will. For this reason, God (or “the Creator” as He is called throughout the movie—the term “God” is never used) seemed to be made into a force that was against humans, not for them. These fallen angels were painted as helpers, while God was the bad guy.

4) The flood saves creation, not humanity?

Many had noted in the reviews I read prior to seeing the movie that it had a very loud save-the-earth message. It wasn’t as loud as I expected it to be, but it was certainly prevalent. Noah seemed to believe that God had him build a boat and save the animals because God wanted to save His creation, not humanity. In fact, the story implied that God didn’t care if humans survived at all, as long as creation continued to thrive. This was a major move away from the Biblical account that got under my skin more than other aspects of the movie.

As mentioned, the term “God” isn’t used in the movie. God never speaks, never shows up, and it appeared that God didn’t even close the door of the Ark, as the Biblical account makes clear. They made a concerted effort to show humans opening and closing the door several times on their own, without the need for God’s intervention. At first glance, this didn’t bother me, because this is how God so often seems to work even in my life. I see hints of Him. I see the miraculous now and then, but I’ve never seen God come down and shut my door or literally show up on my doorstep.

I see evidence of Him and of His miracle-working power, but I don’t see Him. I’ve seen enough to make me believe without a doubt, but it’s still a stained and shadowy glimpse of God. But after pondering the movie for awhile, it does bother me. The writer made a concerted effort to show God as EXTREMELY disconnected from humanity, and as caring very little for humans at all. In the movie, God is more worried about vegetables than about human life, and I thoroughly disagree with this take.

All that said, I didn’t expect an account that I agreed with. So I got what I paid for.

On the other hand, here’s a few positive things I noticed:

1) It was a very clean movie

There was a LOT of violence and death, which is to be expected when the entire global population is killed in an instant, but the movie itself was very clean, particularly for a Hollywood blockbuster. So it was fairly family friendly, especially for children at least over 10 or 11.

2) It makes you think

It bugs me how little we Christians actually think about our faith and our beliefs. This movie will force you to process what you believe about God, and how you feel about the story of Him wiping out nearly all of humanity at once. It also makes these great Biblical characters come to life, and makes them human, which they were.

3) It will drive you to your Bible

A friend read an article that stated biblegateway.com’s traffic had tripled since Noah was released. Seeing the movie will make you want to go back to the Biblical account and see what it actually says, and that could never be a bad thing. There’s no such things as “too much Bible.”

As a Biblical account of Noah, I give the movie a flat out F. Other than a big boat, a flood, and a guy named Noah, the most Biblically sound part of the movie was when they showed Noah getting drunk in a cave. Outside of that, it was all Hollywood-contrived storylines.

As an almost-family-friendly Blockbuster movie, I’d give it a B-. Since they took so much liberty with the story, they could have done a few more interesting things with it. It felt sort of blah for a blockbuster.

So, if you can stomach the off-Bible message, I would suggest seeing it, because if nothing else, it will make you consider your beliefs a bit more thoroughly, which I hope we all do from time to time. 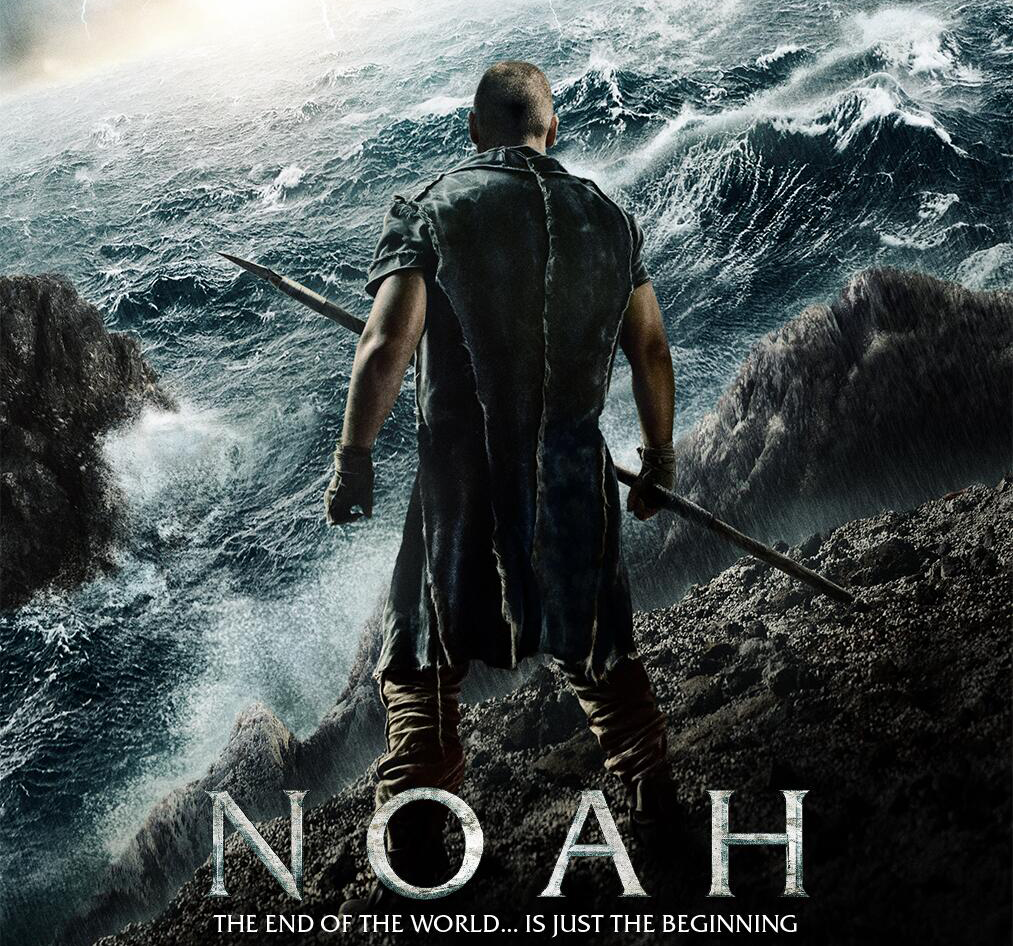 One thought on “I SAW NOAH: the good, the bad, and the ugly rock people”

“I appreciate struggle and doubt–I think they’re essential to thoughtful faith. So, I was encouraged by Darren Schalk’s honesty and transparency. His doubts, and ultimate faith in God’s grace and END_OF_DOCUMENT_TOKEN_TO_BE_REPLACED